A Story that inspires to set a goal 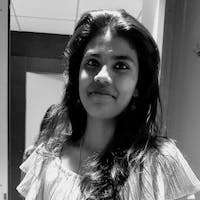 A day that alarmed in his head to set a goal for his life and that changed his entire life into masterpiece with joy and happiness.This story is about a famous book writer.

At age twenty three he was one of the unhappiest man living in Newyork.He was selling a motor trucks for a living,he didn't no how motor truck run just for his livehood he was doing that job and lived in a cheap furnished room on west fifty sixth street, the room infested with cockroaches, a necktie hanging on his wall when he reach out early morning to get a fresh necktie, the cockroach scattered in all direction..He despite have to eat a cheap bread in a dirty restaurant that were also probably infested with cockroaches.

He goes to his room lonely each night with a sick headache and fed disappointment,worry,bitterness,and rebellion.one day he remembered his college days were he had glorious dreams that become nourished and turned into nightmare,after rembering his dream he asked himself few questions that,

He longed for leisure to read.Longed to write the book he dreamed of inwriting back his college days.

If he give up his job he as nothing to lose but more to gain ,For him the goal was not to earn lot money but to live a happy life and the life which he dreamed. He decided to gave up the work since he have studied in teacher college at warrensburg,missouri,preparing to teach,and to spend rest of his life in teaching and writting novel and short stories then the goal he set was.

Live to write and write to live!

THE STORY IS ABOUT A FAMOUS NOVEL WRITER "DALE CARNEGIE"